Man Arrested For Beating Student With A Shoe (Video)

(Reuters) – A man was arrested for brutally beating a fellow college student mistakenly suspected of stealing his pair of $200 Nike Foamposite sneakers, police said on Tuesday.

The suspect, identified by police on Tuesday as Kirk Dudley, 18, of Staten Island, New York, surrendered in Wrentham District Court, in Massachusetts, accompanied by his attorney, after an arrest warrant was issued, Franklin Police Chief Stephan Semerjian said in a statement. 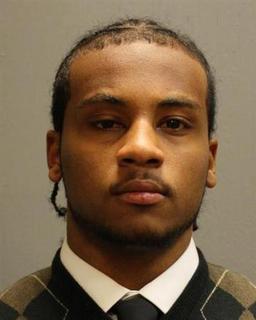 Authorities have said the altercation took place in broad daylight at Dean College, outside of Boston, when a group of male students surrounded the victim and the suspect Dudley punched him in the face, knocking him to the ground.

Video footage, shot by one in the group and later posted on many Internet sites, shows the beating.

After punching him, the assailant can be seen pulling off the victim’s shoes and hitting him in the face with them before walking off with the shoes. During and after the altercation, the group of students taunts and laughs at the bloodied, staggering victim, the video shows.

Nine students were quickly expelled after the December 2 incident at the school.

“It’s clear that there was no robbery,” said Dudley’s attorney Joseph Cataldo. “And, clearly, the shoe – a soft rubber sneaker – was not used as a dangerous weapon.”