21 Businesses You Can Run From a Laptop

In any case, the internet has opened up a world of opportunities for the entrepreneur-at-heart. Here are 21 businesses that you can start today and run entirely from a laptop and an internet connection. In 2010, the International Telecommunication Union reported that there are over 5 billion cell phones in the world and 1 billion of them have mobile broadband subscriptions.

As tracked by BlogPulse, there were 126 million blogs on the internet in 2010 and most of them suck. Most bloggers think they just have to write, post, and auto-tweet. So if you know how to properly post a WordPress blog post, you can offer this as a service to serious bloggers. Since there are 29.6 million small businesses in the US alone, that’s 29.6 million potential logo customers. But most of them already have logos… Yeah, but very few of them have good logos.

According to Pingdom, there are 234 million websites on the net. Like small business logos, most of these websites look terrible. And even the good ones, as you’ll soon see on Retire@21, know the value of continually improving the design.

Right now, there are over 32 million books on Amazon and every one of them has a book cover. According to UNESCO, over 1 million books are published per year. This doesn’t include eBooks.

Much like mobile app developers, there’s plenty of need for mobile app designers. Companies usually contract out to both developers and designers separately to create the app.

CAD drawings are typically 3D mockups and virtual prototypes that companies create prior to manufacturing a product. Pretty much every product design starts as a CAD drawing.

According to WordPress.com, there are over 53 million WordPress sites and about half of them are self-hosted. This means, WordPress alone has about 26 million sites that need themes.

In 2009, Zappos reported a 6% to 30% increase in sales for products with video. Website owners realize that video converts higher than any other form of content, so they’re starting to contract out for that work. 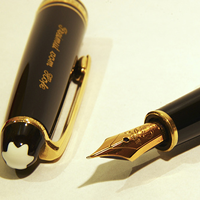 According to Authors Guild, a successful fiction book sells 5,000 copies and a successful nonfiction book sells 7,500 copies. Also, Jenkins Group (a premier publishing firm) reports that 70% of books published don’t make a profit. Don’t let these stats discourage you, but it’s hard to make a living as an author.

Part of the reason books usually don’t earn back their investment is because they have to pay for an editor. You’ll likely earn more as an editor than an author.

With 126 million blogs, there are 126 million websites that need content. If you’re a good writer and knowledgeable about a niche topic, reach out to the top bloggers in that niche and ask if they’ll pay you to write for them.

According to Worldwide Freelance, some industry estimates suggest that up to 50% of all non-fiction books are ghostwritten. Often, these books start as audio recordings and the ghostwriter transcribes and spruces up the content. This is just one way to make money as a transcriber.

English is the universal language of business, but there are roughly 6,500 other languages in the world. Books, websites, manuals, etc. all need to be translated to other languages.

Much like authors, few bloggers make a living strictly from blogging. To attract advertisers, you typically need a couple thousand unique visitors per day. Think of a blog as a platform to attract other business opportunities.

234 million websites compete to rise to the top of search engines. If you know how to optimize websites, you can help website owners save a lot of money on internet advertising.

The other side of search engines is paid search. It’s not unusual for internet marketers to have $500,000 per month budgets for PPC (pay-per-click) and CPM (cost-per-thousand-impressions) advertising.

Don’t let companies outsource their social media campaigns. But a service that helps people set up their Facebook, Twitter, and Google Plus profiles is completely legitimate.

Michael always tells you that the money is in the list, but it takes a lot or work to maintain that list. If you offer to create and automate the email newsletters, it’ll take a lot of pressure off their backs.

To date, ClickBank has paid out almost $1.9 billion to affiliate marketers. Affiliate marketing is another way to make a living as a blogger and it’s the primary way that Michael makes money.

I know I gave you lots of big stats and that can be overwhelming.

To put it into perspective, Michael has partaken in or hired out at least 14 of these 21 services; this includes over $30,000 on web design updates to IncomeDiary.

There’s a lot of money to be made on the internet. If you have a laptop, an internet connection, and a working brain, the only thing holding you back is you.

← Have Something Nice to Say?
10 Ways to Deal with Sickness in College →

3 Comments on “21 Businesses You Can Run From a Laptop”