College is a time of a great trial for some people, a big party for others, and a proud achievement for most of us. College, like school has it’s own list of characters. The Jock, the hot girl, and the druggie, but the person that always shows up on the bottom of the school social ladder is the nerd. The year is 2012 and the nerd is slowly going through somewhat of public relations revolution. What was once a term of endearment for kids who received good grades, had an awkward social sense, and were interested in certain (Nerd Focus) movies, tv shows, card games, and video games that the majority of kids their age didn’t care for are now finding themselves defining their “nerd” identity as something to be proud about.

Nerd Focus: The movie/tv show/card game/video game etc. that a “nerd” focuses on.

The internet has connected “nerds”  who once believed they were the only people in their communities that were into their own Nerd Focus. With these online connections people eventually meet up at Cons (Conventions). Here is a short list of cons:

Nerds whose main complaints were being alone, or not finding a GF/BF soon found out that neither of these issues no longer applied to them.

Related: How Not To Die: While Partying

Related: The 8 People You Meet and Eventually Become in College

This is the Star Wars Convention NOT the Adult Entertainment Expo have been showing us how important and how exhilarating it is to be yourself these days. Nerds now come in all shapes and sizes: 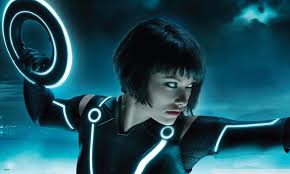 And what do these people have in common? Rich, smart, and popular within their communities. Yes. But they did it all by being themselves.

But they did it all by being themselves.

The era of being connected has united us by even our most basic and obscure interests. College is a time where we explore and expand our interest. So join a club, start a club, join an online forum, or even go to a convention.

…Star Wars convention it is.

So nerd out and share your interest, sometimes the strongest friendships are made out of similar interest. Plus, don’t be fooled, nerds party harder than you, they don’t have a GPA to worry about and their homework was done last week.

← How Will You Survive The Wikipedia Blackout!?!
How College Breaks Sometimes Breaks You →