WE ARE ONLY ABOUT A MONTH AWAY FROM THE TIP-OFF OF COLLEGE BASKETBALL IN WHAT LOOKS TO BE THE ONLY HOOPS WE WILL SEE THIS WINTER. Last year, the country witnessed the Naismith Player of the Year race come down to two players: UConn’s Kemba Walker and BYU’s Jimmer Fredette. Jimmer eventually prevailed by winning the trophy, but Kemba won his team a ring.

Which players are primed for an outstanding season this year? We were unfair to this kid last year. He was named to the preseason All-American team before he even stepped on a college court. While this was an honor, it was also a curse because he had an underwhelming first half of the year. But, he stepped up his game as the season went on and showed glimpses of brilliance.

It came as a surprise to many when he decided to come back to school, but he was not the only one on his team to do so. Big men Tyler Zeller and John Henson join Barnes and point guard Kendall Marshall to form what seems to be the consensus preseason favorite to win it all. Look for Barnes to be the go-to guy all year long and to be next year’s number one overall pick in the NBA Draft. That is, if we have one. Much like Barnes, Sullinger was expected to come out of school after his freshman year, so when he stayed,many coaches around the country cringed. Sullinger mixes up a perfect combination of brute strength and finesse around the rim, which is a nightmare to defend. But unlike Barnes, Sullinger will not have a brilliant supporting cast around him. I foresee Sullinger as a double-double threat every game, and he may single-handedly win his school another Big Ten title. 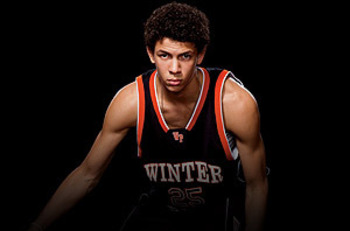 This year’s most highly touted recruit will look to make an immediate impact. These days, the “Diaper Dandies” can be as much of a threat as a four-year player; in fact, sometimes more. The reason why Rivers is so good is because of his versatility. He can shoot, drive, pass and defend at the highest level. His father is Celtics’ coach Doc Rivers, so he will have no problem adjusting to the spotlight. Look for Rivers to get his points per game close to 20 when it’s all said and done.

This combo forward for the Wildcats is as true of an inside-out player as there is in the game today. He can step out and hit the mid-range with the best shooters out there. He can dribble, drive and finish around the rim. Kentucky seems to bring in a ridiculous recruiting class year after year, but those freshmen will not outshine this super sophomore. Many experts are taking UNC as their preseason pick, but I have Kentucky, and Jones is a huge reason why.

Detroit? Is that a school, or did he mistype that?

No, it exists and it may be this year’s Cinderella. McCallum was one of the highest-rated recruits in the country coming out of high school two years ago. He has scholarship offers from great programs such as Florida, Arizona and UCLA, but he chose to play at Detroit because his father, Ray McCallum Sr., is the coach there. But don’t be fooled by the school that he attends. McCallum is the real deal. He is a combo guard that can score pretty much at will against lesser opponents, and even against big-time schools. I see him as this year’s equivalent to Jimmer, except he may not take half-court shots regularly.