If you’re looking to start a company as a college student, stop looking for that big idea. Look for a big problem, then solve it.

Here are the top 10 companies that were started by college students in the order of their Alexa rankings.

Maybe you have heard of Google. If you haven’t lets give you the history of the one of the worlds most well known brands. Larry and Sergey met at Stanford and started Google as a research project for their graduate studies. Named BackRub, its original purpose was to index the Stanford Digital Library. After three years it was interfering with their studies so they tried to sell it to Excite for $1 million. Excite rejected the offer and Google received $25 million in funding the next year. Bet Excite feels dumb right now.

As you probably know, Mark started Facebook as a sophomore to better connect Harvard undergraduate students through the web. Seven years later it has over 600 million users and it’s still a private company. Can you imagine what the world would be like if he would have waited until after he graduated to start Facebook?

Three years before Google, Jerry and David started Yahoo! as a directory of their favorite websites that they called, “David and Jerry’s Guide to the World Wide Web.”

Yahoo! has struggled in recent years but they still remain the 4th largest site in the world according to Alexa.

While a freshman, Matt teamed up with Mike Little and Michel Valdrigh to create a Content Management System that would make it easy to create websites.  Now WordPress is used by more than 130,000 of the top 1 million websites (including this one).

In middle school and high school, Bill and Paul fiddled around with programming gigs. Then Bill went to Harvard and Paul convinced him to dropout a year later so they could start “Micro-Soft.” They struggled through the first few years but hit it big when they licensed MS-DOS to IBM in 1981.

Note Not started as a business.

As 22-year-olds in 2005, Steve and Alexis created Reddit as a social news site. Later that year they were funded by Y Combinator. A year later in 2006 they were acquired by Condé Nast Publications for an undisclosed amount.

Michael created PCs Limited from his dorm room by selling custom computer systems built from stock parts. At the end of the year, he received a $300,000 investment from his family and dropped out of college. In 1985, his first full year of trading, he grossed $73 million.

Note: Not Started as a business.

During his undergrad (from 1962-1966), Fred submitted a paper in his economics class outlining an overnight delivery service and the professor gave him a “C” because it wasn’t feasible. That paper laid the foundation for FedEx and he founded Federal Express in 1971 with a $4 million inheritance and another $91 million in venture capital. If I were Frederick W. Smith, I would overnight him a copy of the paper. As an In Your Face to professors everywhere.

In 1923, as the chairman and managing editor of the Yale Daily News while they were in school, Briton and Henry set out to create the first weekly news magazine in the United States. Today, Time Magazine is still the world’s largest circulated weekly news magazine. 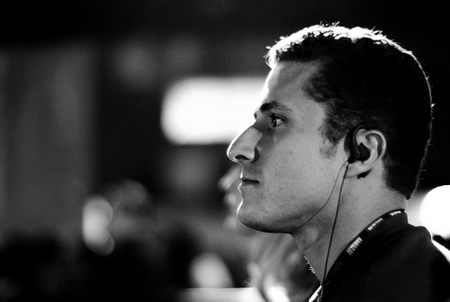 Napster was founded in 1999 by Shawn Fanning as a peer-to-peer file sharing network. Napster was temporarily shut down after two years because of copyright issues. After being rebranded to a music service, Napster was acquired by Best Buy for $121 million in 2008. This young man changed the face of music sharing for all future generations.

Where most quit… they contiuned.

All of the 10 above business weren’t started as businesses at all, they were simply projects. They were ideas that became real with persistance and dedication. I’m sure they were all doubted and the odds were against them. Much like the odds are against us all. But where most quit… they contiuned. What will you choose?